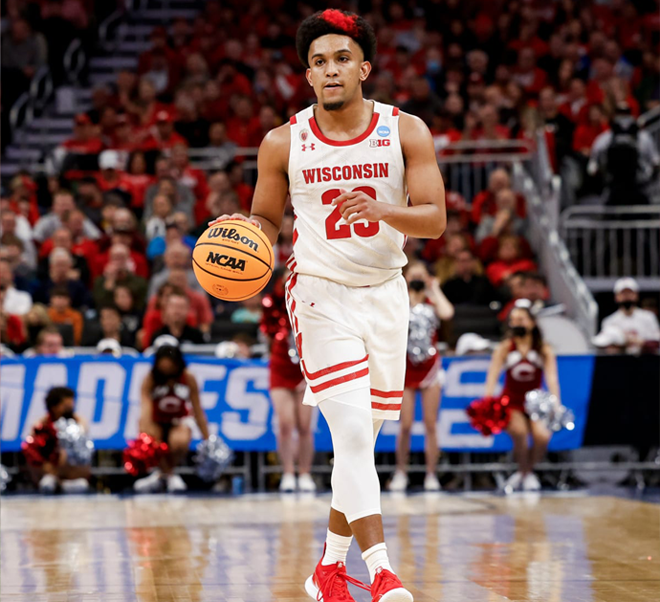 Chucky Hepburn of the Wisconsin Badgers to be Celebrity Guest at 70th Annual Sports Night at Holy Rosary on Sunday February 19, 2023.

Sophomore guard Chucky Hepburn, from the Wisconsin Badgers will be a Celebrity Guest at Holy Rosary’s 70th Annual Sports Night on Sunday, February 19, 2023.

A four-star point guard from Nebraska. He was the 2020 Nebraska Gatorade Player of the Year and a three time All-Metro first team honoree.

For the Badgers, he started all 33 games as a freshman averaging 7.0 points per game and 2.3 assists per game earning a spot on the 2022 Big Ten All-Freshman Team.

Otis Wilson, former Chicago Bear will also be a Celebrity guest and Greg Matzek, 620 WTMJ-AM will be the Emcee.